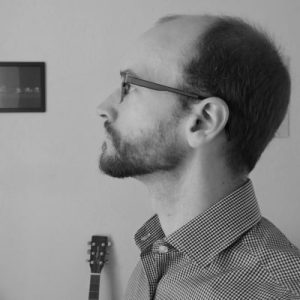 Killybegs-based Shines Seafood is no stranger to innovation, however the company’s new sardine tracking system goes a level above, bringing transparency into a sector often compromised by unclear sourcing.

Founded by John Shine, a former fisherman, and his wife Marianne, a former seafood buyer, Shines Seafood specialises Wild Albacore Tuna, Yellowfin tuna, mackerel and Irish sardines.  Daughter Ciara Shine is also directly involved in the business.  The company was founded in late 2014 and released its first product in Supervalu stores in April 2015.

In 2019, Shines took the step into foodservice and now the range can be found in restaurants, delis, cafés, and bars, across Ireland.

The newly launched Who Caught my Sardines tracking system allows customers to view exactly where the fish came from that are in each can of Shines Sardines.  “We wanted to be able to show our customers that small, inshore fishing boats catch the best quality Irish sardines in the world and be able to prove it,” said John Shine.

“Irish people don’t know much about fish or the industry, despite being an island nation! We want to educate the Irish consumer about the industry and make sure that everyone knows as much about their food and supply chain as possible.”

Shines is part of an Irish Tuna FIP – Fishery Improvement Project.  “This means we work with up to 24 Irish boats that catch Irish Albacore Tuna each season,” said John.

It’s a very personal approach to an industry that is often negatively regarded because of overfishing, brought on by super trawlers that can spend months at sea.  Shines Seafood, and the small Irish trawlers the company works with, couldn’t be further from this scenario.

“All our fish is hand cleaned, filleted, cooked and then put into jars by hand, olive oil or water added and then the jars are sealed in a steriliser (much like a jar of jam or honey), making our products ambient with a minimum 2 year shelf life,” explained John.

The importance of an interconnected business like Shines can’t be overstated.  As John puts it: “The wider economy that we support and supports us, probably extends to hundreds of people. This ranges from our website management team, our extended marketing team, our graphic designer, our workwear suppliers, our labelling printers, distribution network, fishing communities and much more. All of which are sourced and supplied locally.”

For John, Marianne, and Ciara, they have a busy year ahead.  “The launch of our new Irish Sardines is going very well and we have plans to extend this range with Irish Sardines in Spring Water, low salt in mid-summer,” explained John.

“We are working on the export market constantly and hope to hit some stores in mainland Europe towards the end of 2022.”

As for the Who Caught my Sardines Tracking system, its initial success has encouraged the team to expand the service.  “We hope to have the same feature for the rest of our range by the end of 2022,” confirmed John. 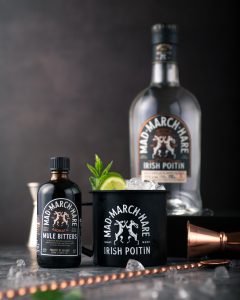